“These are the characteristics of the rational soul: self-awareness, self-examination, and self-determination. It reaps its own harvest.. . . It succeeds in its own purpose . . .” — Marcus Aurelius

Marcus Aurelius, the Roman leader some 2000 years ago understood the importance of becoming self aware.  As business leaders, we spend much of our time looking outward towards the job we have to do that day. If you are like me this can mean a day full of emails, meetings and chats with the team.  All that external focus is important to lead a company, but the truly important work of a leader is to work on yourself.  If you want to improve your company,  spend some of your day becoming self aware.

According to a 2018 Harvard Business Review study self-awareness is the single most important trait in a quality leader – and it’s rare.  The study of nearly 5000 business leaders in ten separate investigations found only 10-15% of leaders had the right level of self-awareness to lead effectively.  However, those with the right level find themselves with happy employees, better workplaces and more profitable companies.

What is self-awareness?  A good definition is the ability to broadly assess your strengths, weaknesses, feelings, thoughts and values, as well as being able to understand how they affect the people around you.  This is also known as having emotional intelligence.

The self-aware leader understands how their emotions, reactions and even their tone of voice has an effect on the people around them.

Self-awareness is not the only skill necessary for great leaders.  Effective management, exceptional knowledge in the core competencies of the business and likeability are also necessary.  But if you truly want to be an exceptional leader, you better understand yourself.

Over the past six years, our company Pacific Workers, The Lawyers for Injured Workers, based in Northern California has grown from just 4 people to 50.  We began in one tiny office to four – and now, like everyone else, are navigating a pandemic. As one might imagine, that is a tremendous amount of change in a relatively short period of time.  Despite these challenges, we have been able to increase revenues over 1300%, serve over 3000 clients and continue to grow.

We certainly have had our challenges over this time. Unhappy and disengaged employees, marginal and bad client service were the most significant. At the center of any great organization is people. If you want to lead them, you need to understand them and to do that, you must understand yourself. I began to look at how our company and more particularly me was affecting the mood of the company and was possibly causing the issues we were experiencing.

My ‘passion’ for the company and the work we do has always been unstoppable.  I try to inspire and lead with passion.  My natural tone of voice is far from inspirational.  In my talks at the company, I was perceived as too intense, mean and unhappy, often, the complete opposite of what I was trying to convey. More concerning was how much I learned that people were trying to navigate my mood as much as trying to get the work.  When people’s focus is on the mood of the company owner, more than the work of the company – it is a recipe for disaster!

Over the past few years, I have spent much of my time in introspection, reading, trying to understand more about human nature and about my natural habits, my reactions, my level of ‘intensity’ and how it affects the people around me. I have even spent time working on simple things like the tone of my voice. I spend time seeking feedback from the people around me, gaining an understanding of what they needed and wanted from the work relationship to allow them to perform their best and how I can do better. I even spoke with one of my closest friends, Rich Rubin, a radio DJ and voice-over artist to help me work on the tone of my voice to better inspire.

Where can you start?  The intersection of Ego and Vulnerability.

You can not learn anything when you believe you are the smartest in the room. Hopefully you have surrounded yourself with amazing people in your company.  Your job is to let them do their job.  To listen to them, to hear their solutions – to participate in the conversation and not simply control and delegate. Sure, there are times when simple delegation is necessary. However, true growth doesn’t happen in delegation. True growth happens when you create a collaborative environment of great ideas and build other leaders to do the same. Ray Dalio, the leader of Bridgewater Capital and the Author of the Bestselling Principles suggests, create an idea meritocracy.  A landscape where the best ideas win out.  When ego permeates – you can’t hear the best ideas.

This was not easy for me. Ever since I was young I was empowered by my parents and teachers to believe I was smart, that the solutions lay within. I had to learn to turn aside my impulse to have the answers.  I worked on turning the questions around to the people asking them and taking a smaller role in decision making. I had to learn to stop giving direction and start asking for direction. In the beginning there was a great deal of ‘do it my way’. Now, after years of a better style of collaboration, the team essentially solves issues without me at all.

This change in my own behaviour allowed the other people to shine and their ideas to break through.  We began to build where it is far less of ‘do it my way” and far more of ‘let’s find the right way’.

Your goal as a leader is to build a company based on trust and connection. Vulnerability builds trust.  Trust is how army’s are built and missions are accomplished.  According to a study conducted by EY (part of Ernst & Young Global), only 46% of workers have a “great deal of trust” in their companies. The rest of the respondents have some, little or none. Trust will not come simply by saying ‘trust us”.

Leading with vulnerability can be challenging and takes courage. Vulnerability allows your faults and emotions to be shown but it also allows human connection to break through. These are not big kumbaya sessions sitting around talking about emotions feelings, these are basic, small truthful interactions that build over time.

As a breed, lawyers struggle with vulnerability. We’re tough. We often think we’re infallible. Our thick skin projects an image of strength that, at first glance, seems at odds with vulnerability. This was particularly difficult for me, I realized I was too quick to ‘get to the heart’ of a matter, to skip the small talk conversation. This took learning to slow down the conversation, to start and have real conversations with people. Trust is built through layers of small and genuine interactions.

We never thought of ourselves as a ‘large corporation’ or even a ‘corporation’ at all.  We were just some people that worked together to serve some clients.  When we started we were five people. At lunch we would often send out for sandwiches, sit around our tiny conference room table, joke around and talk about our weekend plans.  This small act of lunch together built bonds. At fifty people, spread throughout various offices (now homes) with department leads, directors and a full blown management team – building trust has become far more challenging. Add In the new age of remote work and zoom meetings, the challenge becomes multiplied.

It is also more important than ever to build trust across channels and throughout our organization. Trust is the center of the connection that we want to build and amplify in our teams.  In this new era, you have to find new ways to connect with people. To foster and grow the trust.

When we moved home, it was clear our team was nervous and concerned for themselves and their families. It became the center of my daily work to try to help calm them and keep them focused on the tasks at hand. I called to check in with people. I asked about new challenges they faced, the new fears and tried to get some real and honest answers. We set some new policies based on those responses. One of the common responses was having enough time to work and take care of kids each day. We encouraged our team to take extra time during the day (on the clock) to take care of their kids or just take a break for themselves. We also partnered with an online creative learning platform for free sessions for their kids so they had something to do.

My goal as a company leader is to create a safe and trusting environment where ideas flourish and work gets done – and create other leaders who can do the same. Over the past six years I have worked on my ability to listen and become more vulnerable to ensure our broader team knows we trust them and they trust us.

When the pandemic hit, several of our competitors only allowed their lawyers to work from home. Non-lawyers had to still come to the office.  They didn’t ‘trust’ them to work-from-home. Several had to lay people off, many employees quit because of kids at home or refusing to take public transportation, many of the firms had to slow down, take fewer new clients or refused to take new clients at all and some even had to close their doors.

With the exception of a few people scanning and sending mail, we sent our entire team home before the Bay Area lockdown order. I was not concerned with the ability of our team to make the transition. We treat all of our people, regardless of their position as professionals. I was far more concerned with our ability to maintain the level of trust, focus and safety through the pandemic.

We have just completed one of the best three month stretches in our company. Revenues are up, new client signings are up and we have even hired ten new people.

I look back and think about where we could have been if I did not take the time to look at my ability as a leader, my actions as a leader to learn to do my own job better. Learn to better control my emotions, change the way I speak and learn to listen. None of this is easy, it takes time, effort, hard work and often some internal struggle.

This work will allow you to build a better culture, which builds better companies.  Culture is built brick by brick.  The first brick is self-awareness.

For more advice on building an amazing culture, you can find The Case for Culture on Amazon.

The Case for Culture, narrated by Jamie Renell, is now available on Audible

Eric Farber is on a mission to change how law firms operate by showing lawyers the value of putting culture first. During his twenty-five years as a lawyer, Eric has lived the transformation from scarcity to abundance that becomes possible when you shift your perspective and prioritize people. As the CEO and chief legal officer of Pacific Workers’ Compensation Law Center, Eric’s focus on culture helped him build a seven-figure firm that’s gone from four people to forty in just five years, been an Inc. 5000 company twice, was named to the Bay Area 100 list of fastest-growing companies, and spent two consecutive years in the top fifty of Law Firm 500. 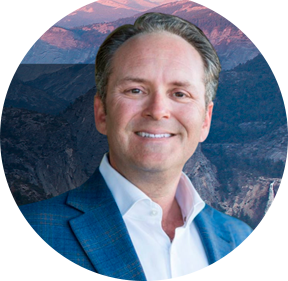